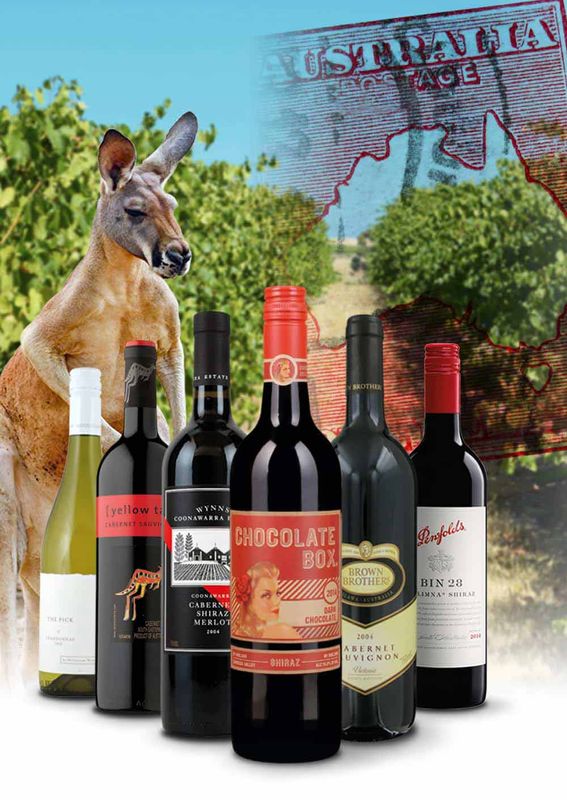 The beginning of Australia's wine history can be dated precisely: It all began on January 26, 1788, when the first fleet from the United Kingdom with 11 ships and around 1,000 men and women docked on the shores of the new continent. A good three-quarters of the people were convicts who had been exiled from Great Britain to the colony. But not everything that came to Australia had previously attracted negative attention at home: The ships also carried vines from home, which were also to find a new home Down Under. From the 1850s onward, Australian viticulture experienced a veritable boom, with large-scale wine-growing areas springing up in the states of Victoria, New South Wales and South Australia.

Today, with its 2,300 wineries, Australia ranks sixth in terms of volume among the world's producing countries. In terms of export volume, the fifth continent ranks fourth behind France, Italy and Spain. Around 90 varieties are commercially planted in Australia today, with a total area under cultivation of around 172,000 hectares. With 72,000 hectares, Shiraz and Chardonnay make up the largest part of the planting, but Merlot, Pinot Noir, Petit Verdot or Grenache also frequently provide the basis for wine from the land of boomerangs and kangaroos.

Other popular wines from Australia