Into the future with Morales

«Our magazine No. 22 is all about the future. Finca Es Fangar is one step ahead of the rest. Visionary Flaschenpost favorites dust off gold and a new winery from Bolgheri causes a stir. Stay up to date with us!» «No compromise in what we do and how we do it.» – Daniel Morales

From Mallorca to the future

Who enters the finca Es Fangar, has the feeling that the clocks here tick slower than anywhere else. Only at second glance does it become clear that here one is actually ahead of the times. Leisurely and unagitated, oenologist Daniel Morales shows us his «stomping grounds», which cover no less than 1,000 hectares. Almost half of it is untouched nature, the vineyards only take up 56 hectares. Why not more? Because nature is given its space at Es Fangar: «Biodiversity is important for the quality of our grapes», says Daniel. The estate's woods and meadows are home to Daniel's allies: bees and other insects that play an important role in tending the vines, and 100 breeding horses that produce valuable fertilizer. The compost that Daniel and his team make with horse manure and material from the prunings is an important factor in the quality of the grapes. Another elementary factor is time: they waited 12 years at Es Fangar before launching the first wine. During this time, the soils and conditions were studied in detail. Because Daniel Morales does not do things by halves. On this subject, the oenologist becomes a philosopher: «Our time is limited. We will drink a lot of good wine... but what ultimately counts are the vines that will outlast us.» For Daniel, this view of the future culminates in consistent environmental protection: organic farming, conservation of the soil, solar energy and clean mobility are indispensable to him. The time for compromise is over: on Es Fangar, the decision has been made for slowness. To return to the elemental. To create something lasting. We were deeply impressed by the quality of the «Fangar Element». This wine opens an incredible range of aromas, sensations and emotions. And it proves that long-term thinking pays off in every respect!

Nothing will be the same after this rosé

Rocker hairdo, sunglasses, plaid shirt... As chummy and laid-back as Daniel Morales appears, when it comes to wine, he becomes a «complexity freak», as he says himself. The 42-year-old is originally from Priorat, which is known for dense and concentrated red wines. Making wine on a resort island is an exciting challenge for Daniel, because rosé wine is also in high demand here. «If I make a wine, then a real one», is his motto – and that's why he also wants to achieve complexity in his rosé. That's not without risk: «Everything is decided within a few hours with rosé – but it's worth the risk.» It's a good thing that Daniel Morales can count on a brand-new, ultra-modern bodega. That makes things easier, of course, but ultimately it's the winemaker's gut feeling that decides. The courage to dare something new has definitely paid off: In addition to the Organic Wine Award 2013, the «Twenty Twelve» also received the RedDot Award for its extraordinary design. Incidentally, the wine owes its name to the year of its birth, 2012 – a year we should remember, because it is possible that a new era of rosé began in Mallorca at that time. For us, in any case, the tasting was a revelation: Yes, that's how rosé must taste! You still think of vacations when you think of Mallorca? We only think of the «Twenty Twelve»!

«Winemakers like this are worth their weight in gold!» 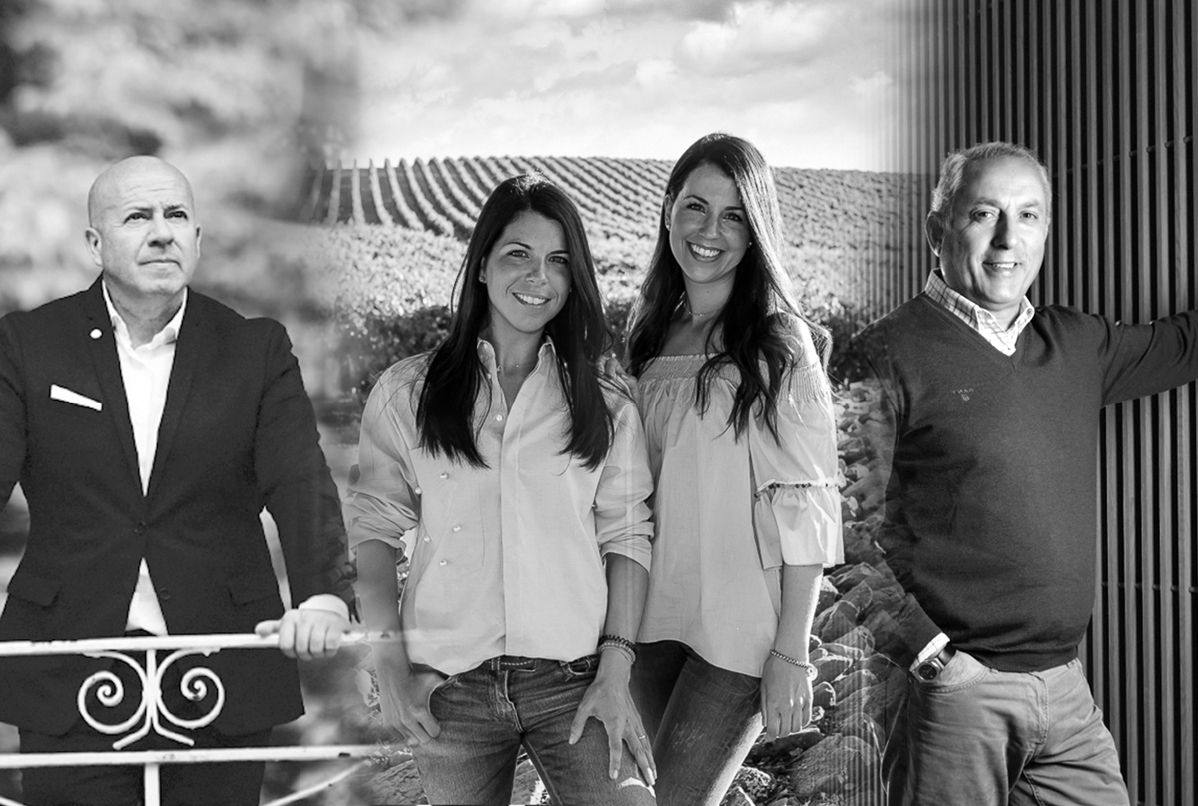 Flaschenpost favorites rewarded for their courage

How do you become the best producer in all of Spain? No easy feat, because after all, you have to outdo some really big and glamorous names. How can you do that even as a small winery? With combined forces, innovative ideas and a good dose of courage. For 25 years, Javier Ruiz de Galarreta has been uniting particularly visionary Spanish family estates under the name Araex. Now the group has received the coveted «Best Producer of Spain» award from Mundus Vini. But not only that: in addition, some of our favorite wines were honored with gold medals. With «Villa Conchi», Galarreta has succeeded in taking cava – the Catalonian answer to champagne – to a new level, both in terms of quality and appearance. The two sisters Paula and Patricia Meruelo are also innovative. The young women have championed fruity red wines in Rioja, which is dominated by male winemakers. The sisters think big, but produce small and fine. Last but not least, there is of course Juan Luis Cañas with our all-time favorite wine «Cair». Cañas thinks radically from the customer. His wines should be of high quality, at the same time accessible and in any case affordable. That's why he even lowered prices during the EU economic crisis. The awards at Mundus Vini 2019 prove it: Courageous winemakers are what the wine world needs! A top wine from the new Tenuta Meraviglia

Imagine: You discover that the soils and climate in your community are virtually the same as in Bordeaux. You plant Cabernet in your garden and make wine for your family for 20 years. Finally, at the urging of your friends, you put your drop on the market. Another 20 years later, your wine is the most famous in the country and from now on your community is considered the epitome of elegant Bordeaux-style wine. This is what happened with the «Sassicaia» in Bolgheri. Today, you have to dig very, very deep into your wallet for this renowned wine. We therefore prefer to keep an eye out for top wines from Bolgheri that are less famous but more affordable. This is how we discovered Tenuta Meraviglia, which is launching its first vintage with the 2016. Already this first throw is great and was rewarded by James Suckling with 90 points. You can tell: they mean business and want to aim high. The foundations of success are the state-of-the-art winery with the latest cellar technology, the top location and the organic cultivation. Something big is happening here... Since this is a Bolgheri, it's quite possible that this wine will cost twice as much in a few years. In any case, we are already hoarding. Today we are on our way to Italy in an old Fiat 500. We leave both the stylish Milan and the romantic Venice on the right. We are drawn to the east, to Friuli. Here you can find really good white wines – what more could you want for an enjoyable summer? Well, some would say the sea or the mountains. There are both in Friuli! The region stretches from the Alps to the Adriatic Sea. Here, we wind through a lush green hilly landscape, adorned with castles and Venetian villas. Particularly impressive is the DOC region of Grave del Friuli, where the vines thrive beautifully against the backdrop of the Dolomites. The mountains are not only good for scenery, however, but have mineralized the soils over thousands of years, protecting the vineyards from the cold from the north. It is in this ravishing landscape that the «Taglia» is born. A wonderfully fresh Pinot Grigio – genuine and full of character – with a finish to dream of. It enriches every occasion with its unmistakable Italianità. Another glass, per favore!