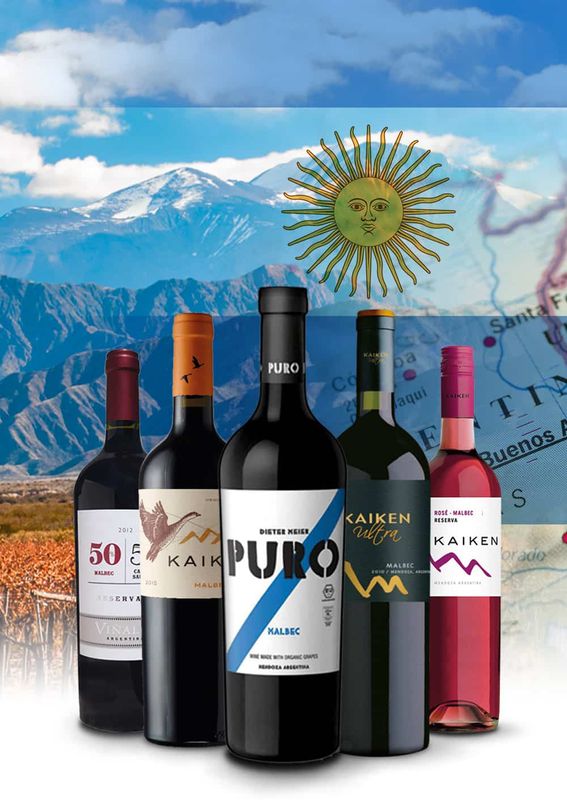 Of emigrants and their grapes

The beginnings of Argentine viticulture are closely linked to European history: Starting in the mid-19th century, many Europeans left their homeland due to poverty and sought their fortune in the New World. Many chose South America as their new home, which, with its vast expanses, offered plenty of arable land for European farmers. In the slipstream of the Andes, the emigrants soon planted vines, from the province of Salta in the north to Patagonia in the far south. Even today, most of Argentina's vines can be found in this green strip, which is about 1,500 kilometers long and covers an area of about 225,000 hectares. The grapes grow here at altitudes that would be unthinkable here in Europe: The majority of the vines are located at altitudes from 600 meters upwards, and some vineyards are even located at 3000 meters above sea level! A positive side effect of the high altitude is that vine diseases hardly occur here.

The Argentine wine par excellence is Malbec. The grape variety – originally one of the typical varieties from Bordeaux – was brought to Argentina by emigrants from France. There, the Malbec vines obviously felt right at home and went from being a blending grape to a superstar in a relatively short time. Argentine wine is also made from the native grape variety Bonarda. In addition, Cabernet Sauvignon, Merlot and Syrah as well as the white wine grapes Chardonnay and Torrontés are cultivated on a large scale. Thanks to the big temperature differences between day and night, the wines from the Andes deliver particularly intense taste experiences. This is why many barbecue fans consider Malbec to be the wine of choice for spareribs and the like, because spicy meat calls for a powerful wine that can stand up to the barbecue aromas. When it comes to barbecue, you can definitely rely on the Argentines – after all, they are famous for their «asados».

Our top sellers from Argentina