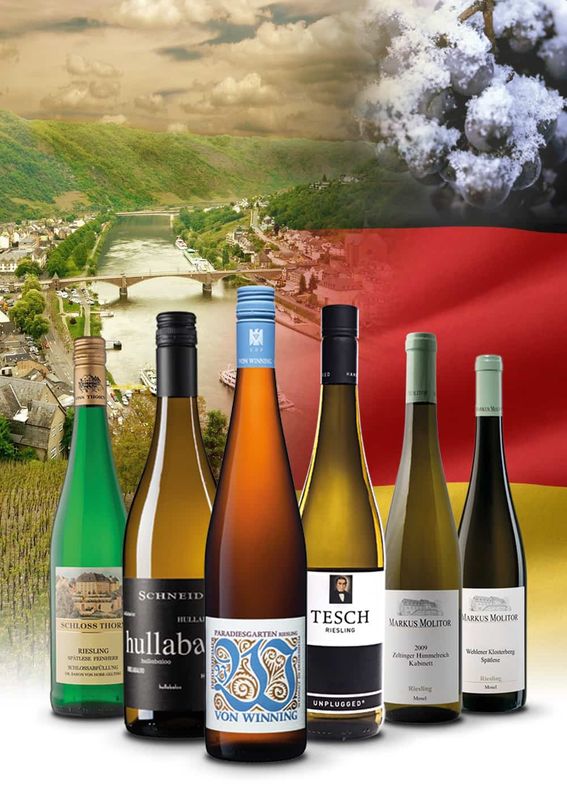 Riesling and many more

If you say German wine, you must also say Riesling. Germany's most famous grape grows on one-fifth of the country's total vineyard area, and the large canton owes its excellent reputation as a wine producer to it. The wine history of our northern neighbor goes back a long way: the Celts were already drinking home-produced wine from vines that were probably still growing wild at the time. With the Romans and at the latest thanks to the monasteries in the Middle Ages, grapevine cultivation definitely took hold among the Germans. Today, 80,000 winegrowers are at work in the country every day, cultivating an area of around 102,000 hectares.

In addition to the white Riesling mentioned at the beginning, the range of wines on offer in Germany has developed considerably in recent decades, and today Müller-Thurgau, Silvaner or, among the red wines, Blauburgunder (also known as Pinot Noir) also make a significant contribution to the wine success of the beer nation. Since the climate in Germany is significantly cooler than in more southern wine-growing countries such as Italy, France or Spain, the vineyards are planted on steep slopes (here the sunlight can be used optimally) or in river valleys. The two best-known of Germany's 13 official wine regions are the Moselle and the Rhine Valley. Click on the names to learn more about these two wine regions. You can find all our favorite wines from Germany in our online store. Cheers!

Our top sellers from Germany