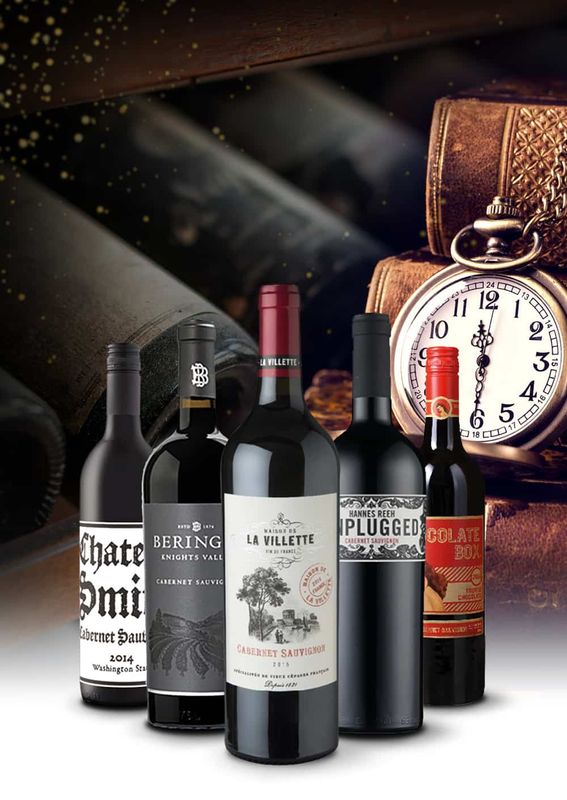 The backbone of Bordeaux

Cabernet Sauvignon is an extremely popular grape variety and it’s wines can be of extremely high quality: so high a quality that it now carries the predicate of noble grape. As early as the 17th century, red wine was made from the Cabernet Sauvignon grape in Bordeaux, France. From its homeland, the grape later embarked on a world tour, which is why it is now grown almost everywhere in both the Old and New Worlds. Cabernet Sauvignon produces long-lived wines that are often blended with other red wines.

In contrast to the French Chardonnay, Cabernet Sauvignon has made it into the wide world, at least wherever viticulture is possible in warmer regions. Accordingly, every Cabernet Sauvignon wine is different – climate and soil conditions have a decisive influence on the vine. Generally Cabernet Sauvignon can be described as a deep-dark, full-bodied wine whose taste is characterized by blackcurrant (Cassis). A Cabernet Sauvignon goes perfectly with white meat, grilled meats, cheese, tapas and mushroom dishes.