At home in Tuscany

«As a young globetrotter from Japan, Hideyuki Miyakawa fell in love with Italy and decided to stay there forever. His wines are a testament to this great love for the country and its culture. We've always found it fascinating how wines speak different «languages» depending on their place of origin. Our full range features 34 different countries for you to choose from. We really hope you enjoy your personal journey of discovery through the world of wine.»

«When I came to Italy, I immediately realized that this was a very special place.» – Hideyuki Miyakawa

How a Japanese traveler found happiness in Italy

Hideyuki Miyakawa's life story sounds like a movie. Our story begins in the Japanese city of Maebashi in the year 1960. Two young university students set out to explore the world on their motorcycles. They spend half a year traveling through India, Pakistan, and Persia before reaching Europe. They arrive in Rome just in time for the opening of the Olympic Games, but now they're running out of money, prompting the two explorers to make a longer stop than intended. The 22-year-old Hideyuki starts working as a reporter for a Japanese car magazine. When I came to Italy, I immediately realized that this was a very special place. «Everywhere I looked, I saw culture, art, and style,» he says, looking back. What he finds most fascinating is the simple elegance of Italian design. In the fall, he travels to the Salone dell'Automobile in Turin in order to report on the latest trends to car fans back home. The cheerful young Japanese reporter immediately attracts attention. Before he knows it, he's working on legendary designs for Ferrari and Fiat. HHowever, his ultimate dream was still unrealized: «I wanted to see this kind of car driving around in my home country too», says Hideyuki, «Japanese cars in those days just weren't expressive.» So he sets about bringing Italian style to the Land of the Rising Sun. And he succeeds, too – less than ten years later, all Japanese car manufacturers are using Italian bodies. Today, the Japanese designer lives at his Tuscan winery, Bulichella. He is still passionate about the idea of bringing the best and most beautiful things from Italy to the rest of the world. Today it's no longer sleek cars but elegant, authentic wines. But they have plenty of horsepower, too.

It's an ordinary, gray morning in November 1960 when Hideyuki Miyakawa sets off for Turin to report on the Salone dell'Automobile. What he doesn't suspect is that this is the day that he'll meet not only the people who will shape his professional career, but also the love of his life. Maria Luisa Bassano is working at the auto show as a translator in order to finance an exchange year in Japan. Sparks begin to fly the moment the Japanese reporter and Italian university student set eyes on each other. In the months that follow, they meet up frequently and Hideyuki gets up close and personal with Italian culture: «I remember the first time I ate risotto. It was strange. For us Japanese, rice is sacred, and must always be pure. But within a short time, I learned to appreciate this wonderful Italian dish.» This constant readiness to embrace the unknown and broaden his horizons has been a defining feature of Hideyuki's life. This is ultimately how the Bulichella winery came to be. Hideyuki and his wife Mari Luisa decided in the early 80s to leave the city with their seven children and move to the countryside. They longed for a slower-paced life closer to nature. From the beginning they focused on organic farming, and were the very first ones in the area to do so. Today the Miyakawas feel deeply rooted in Tuscany. A quick look at the label on their Rubino says it all: Wild boars are the most emblematic animal of Tuscany, and of course it's no coincidence that the bottle shows a pair of them with seven offspring. Witty, amiable, and unique – three cheers to this unusual family of winemakers! 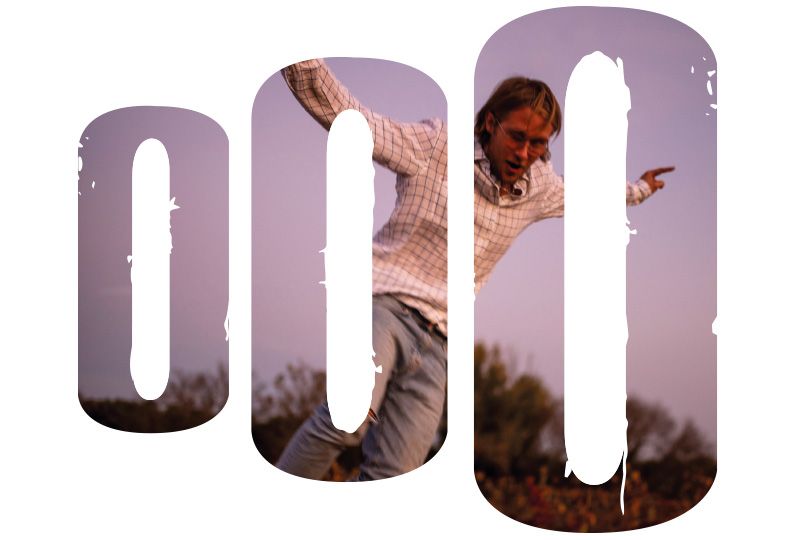 The Pinot Noir with a pinch of insouciance

Young winemaker Oliver Lemstra likes to stir up the dust of the wine world. For example, when he tips red wine into his muesli with a broad grin and finds: «I was always told that breakfast is the most important meal of the day.» As the son of a winemaker, the 22-year-old Frenchman has wine in his DNA, as he says himself. Growing up on a vineyard in Burgundy, it's clear to him what an excellent Pinot Noir should taste like. There's nothing to discuss. The situation is different when it comes to the rigid habits surrounding our drinking culture. Here Oliver likes to test the limits: Is it permissible to drink wine with a straw? Sure, because what is allowed is what pleases! What does his dad think of his enfant terrible's provocations? «Oliver is a free spirit who doesn't care what others think of him. We both learn from each other. He loosens me up and I give him structure.» This relationship is reflected in Domaine d'O's Pinot Noir: a posh quality drop with a dash of insouciance! We're not sure if the O in the name stands for Oliver or for appreciative wonder. We find both fitting. «Summer will be sparkling!»

The right Meco for every moment

The mild air gently caresses our skin, the sun's rays make the happiness hormones dance. It smells of freshly mown grass, the bees are buzzing and the eye is offered a colorful abundance. Temptation and seduction are in the air, everything wants to be tried. We travel, expand our horizons, leave our comfort zone sometimes. Be it jumping into the ice-cold mountain lake or flirting in the outdoor pool. Now is the time to enjoy life with all senses... and let it tingle! That's why for us summer is the time for sparkling wines. On a hot summer afternoon it refreshes us, at the roof terrace party it animates us, on a promising date it provides additional tingling from the glass. The days are long and there's always something to celebrate. A bottle of sparkling wine in the fridge and you're always ready for a spontaneous garden party. We toast to summer and the many little moments of joy it gives us! As enriching and sparkling as the dancing bubbles rising in a glass of Prosecco. Cheers! «Ripe for the Island?»

These wines bring you the charm of Mallorca at home

Many hours of sunshine, spectacular coasts and paradisiacal coves... The island of Mallorca is a place of well-being without equal. Not only for people seeking relaxation, but also for vines. The location and climate of the island are ideal for quality viticulture. There are about 80 wineries on the island, yet Mallorca as a wine region is rather an insider tip. The reason is obvious: with around 15 million vacationers per year, most of the Mallorcan wine is consumed on the island itself. Yes, there's nothing better than winding down a vacation day in a picturesque fishing village – and enjoying a glass of local wine with dinner. One of Mallorca's most sensational wineries is Es Fangar. It's located in the southeast of the island. That's right, that's where the gorgeous swimming bays are. Here, away from the tourist hustle and bustle, you can experience the dreamy side of Mallorca. Almost half of Es Fangar's property consists of Mediterranean forests, where biodiversity is actively promoted. In addition, the winery relies on solar power and clean mobility. However, Es Fangar is not only trend-setting in terms of sustainability, but also in terms of the quality of its wines. The winery is state-of-the-art and enables precise work. This results in intense, lively, unique wines of the highest quality. This is what drinkable vacation bliss tastes like! «Art for all senses»

The Esporão Reserva and the work of Jorge Queiroz

Herdade do Esporão is one of the most popular Portuguese wineries. Like hardly any other winery, the winery promotes creativity and change. This is beautifully demonstrated in the Reserva wines, Esporão's drinkable calling card. Year after year, the label is redesigned by an artist. In the current vintage, the works are by Jorge Queiroz. The Lisbon native is known for his dreamlike, multi-layered drawings. As we look at them, we sink into our own world of thought and discover new perspectives again and again. Making a work of art for a wine bottle was a special challenge for Jorge Queiroz: «The image will be present in the most diverse situations. This gives my work a different dimension», explains the artist. The image is not as sure of the attention of the person looking at it as in an art exhibition, he says: «I want the label to become a topic of conversation.» The wine label as an art form? In the past, it simply served to inform what was in the bottle. Today, visual design undeniably plays a role in buying and drinking a wine. It is intended to arouse feelings and expectations. The work of Jorge Queiroz on the Esporão Reserva takes us to the origins of wine. We dive into the millennia-old drinking culture and continue to write this history with our individual wine moment.